When in doubt; Google

Assignment
Continue creating curiosity and recognition for a market leader in a small but rapidly growing health segment.

Challenge
Manuka Honey is a shooting star in the health industry. The honey’s preventive effect and ability to fight both viruses and bacteria are being discovered and discussed. But due to extensive (and conservative) regulations claims about the honey’s effect are not yet allowed.

Solution
Instead of trying to attract traffic from Google we did the opposite and directed traffic to Google. In print the message was simple; “Google Manuka Honey” and clicks on banners directed the visitor to the search results for “Manuka honey”. There are three reasons for this; 1) Anyone curios about Manuka Honey is likely to google it anyway. 2) Googling is the fastest way to compare prices and purchase the honey. 3) On Google nobody can stop anyone from building his or her own opinion (regardless of current regulations). 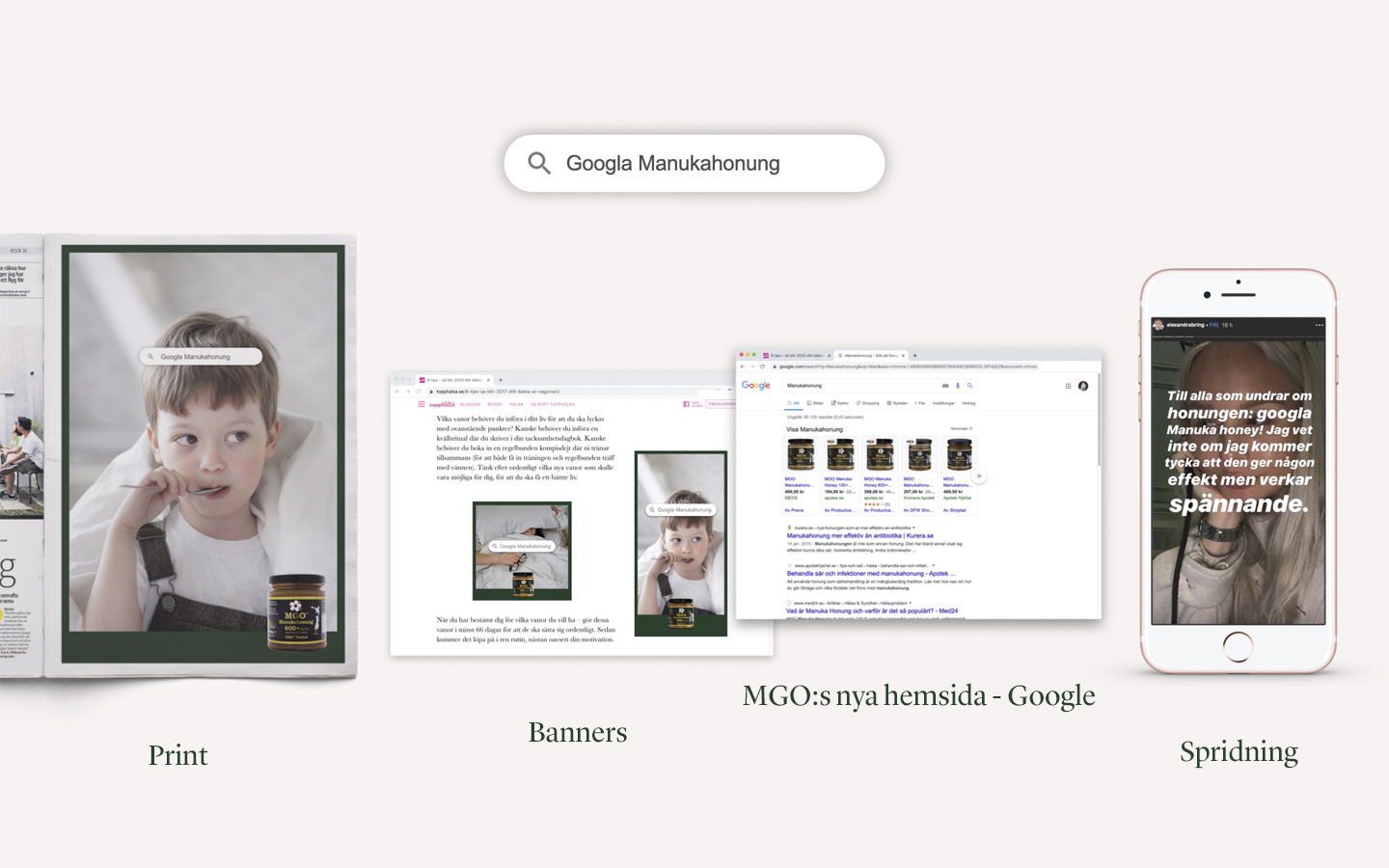